Learn why you should choose us for flutter development

Quickly ship features with a focus on native end-user experiences. The layered architecture allows for full customization, which results in incredibly fast rendering and expressive and flexible designs.

Paint your app to life in milliseconds with Stateful Hot Reload. Use a rich set of fully customizable widgets to build native interfaces in minutes.

Quickly ship features with a focus on native end-user experiences. The layered architecture allows for full customization, which results in incredibly fast rendering and expressive and flexible designs.

Same UI and Business Logic in All Platforms: We, experts, know that basically any cross-platform framework provides a way to share codebase between the target platforms. But there are no such application frameworks that allow sharing both the UI code the UI itself besides Flutter.

In contrast, Flutter doesn’t need any platform-specific UI components to render its UI. The only thing Flutter needs to show the application UI is a canvas to draw onto.

Flutter’s way of rendering makes the framework stand out from the crowd eliminating any worries about the UI consistency on different platforms.

In brief, sharing the UI and business logic, which is possible with Flutter, saves time, effort, and the health of the developer while not affecting the performance of the end product.

From my experience, building a usual mid-size Android app takes at least 40 seconds to get shipped onto the test device. And sometimes, it can take forever just to adjust a small visual aspect in the layout. Some of you might say, ‘Wait, but Android Studio has a layout preview for that.’ And it does. Yet, of course, there is a but: the feature is limited and doesn’t always work as expected, especially with custom views.

Flutter’s “hot reload” feature, in turn, allows seeing the applied changes almost instantly, without even losing the current application state. And this is exactly what makes Flutter app development several times faster due to the increased development speed.

Besides, the Flutter team has put lots of effort into providing a wide variety of ready-to-use widgets. Most of them are incredibly customizable, saving your time like no other framework before. In addition to numerous core layout widgets, Flutter provides a large set of Material and Cupertino widgets that perfectly mimic the behavior of each design language.

This one is pretty straightforward. Flutter development framework functions quicker than its alternatives. In most cases, you can expect a Flutter app to require at least two times fewer man-hours compared to the same app developed separately for Android and iOS. The main reason is dead simple: you just don’t have to write any platform-specific code to achieve the desired visuals in your application. Any 2D-based UI can be implemented in Flutter without interacting with a native application counterpart.

Aside from that, Flutter provides a declarative API for building UI, which, in my experience, noticeably boosts the performance. This is most obvious when it comes to visual adjustments. Read also: Choosing a Map API for Your Next App

Application performance is crucial for good UX. While it’s hard to tell the exact figures, it’s safe to say that Flutter application performance in most cases will be indistinguishable from the native app and even better in complex UI animation scenarios. Why? Contrary to the approach of most cross-platform frameworks, Flutter doesn’t rely on any intermediate code representations or interpretation. Flutter application is built directly into the machine code, which eliminates any performance bugs of the interpretation process. Eventually, you get your release application fully compiled ahead of time with Flutter.

One of the biggest advantages of Flutter is the ability to customize anything you see on the screen, regardless of how complex it may be. While it’s usually possible to do a very custom UI on the native platforms as well, the amount of effort required differs by the order magnitude.

However, Flutter makes the process more flexible and versatile without adding to the workload. Shared element transitions, shape/color/shadow manipulations, clipping, transformations – Flutter allows you to perform all of these effortlessly.

Flutter allows you to do so much stuff with your apps that aren’t available on other platforms. It requires the framework to be pretty powerful. Most of the points presented above wouldn’t be possible without a high-performance cross-platform rendering engine.

Flutter uses Skia for rendering itself onto a platform-provided canvas. Because of the engine, UI built-in Flutter can be launched on virtually any platform. Putting it differently, you no longer have to adjust UI to transfer it to a platform, which simplifies the development process hugely.

Besides the UI, many real-life mobile applications rely on advanced OS-level features, such as fetching GPS coordinates, Bluetooth communication, gathering sensors data, permission handling, working with credentials, etc. Many of these are available when developing a Flutter application through a ready-to-use plugin supported by Google.

Of course, there can be cases of your application relying on an OS-level feature that is not yet available as a plugin. But the team has you covered here as well! Flutter provides an easy-to-use way of establishing the communication between platform-native code and Dart through platform channels. This way, you can implement anything that a native app can do on a Flutter app, with just a little extra effort on the native side.

The Potential Ability to Go Beyond Mobile

With Flutter, you can go far beyond Flutter app development on mobile. There’s also Flutter for Web and Flutter Desktop Embeddings now. For example, at this year’s I/O conference, Google has presented a technical preview of Flutter Web that makes it possible to run pure Flutter applications in a browser without modifying the source code.

Even though everything except the mobile part of the framework is not yet considered production-ready, an experienced Flutter developer can make a pure Flutter app run on any major platform today, including Android, iOS, Web browser, Windows, macOS, Linux, and even embedded devices. And the app will function properly with no changes to Dart code.

Flutter is fast, in all meanings

Flutter uses Dart and this language is faster than Java and Javascript (about 2 times faster). The testing is faster too because there is only 1 database so the devs don't need to write the tests twice and the QA team doesn't need to check two apps. The apps made with Flutter work faster. The thing is, there is no need for a JavaScript bridge because, in simple words, Flutter communicates with the platform directly and there are simply no bottlenecks. The developers do their work faster with Flutter because of its fantastic Hot Reload feature. It's like a WYSIWYG editor that shortens the debug time significantly because the devs can change anything they want on the fly. With Flutter, your app will get to the market quicker! 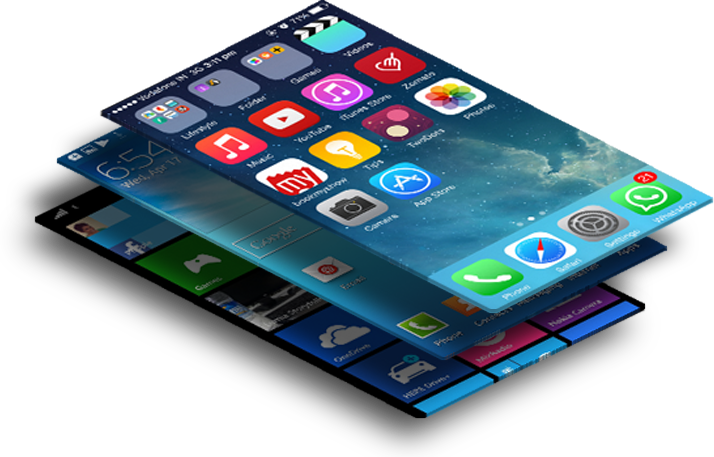 Generally, Flutter applications are performant by default, so you only need to avoid common pitfalls to get excellent performance. These best recommendations will help you write the most performant Flutter app possible.